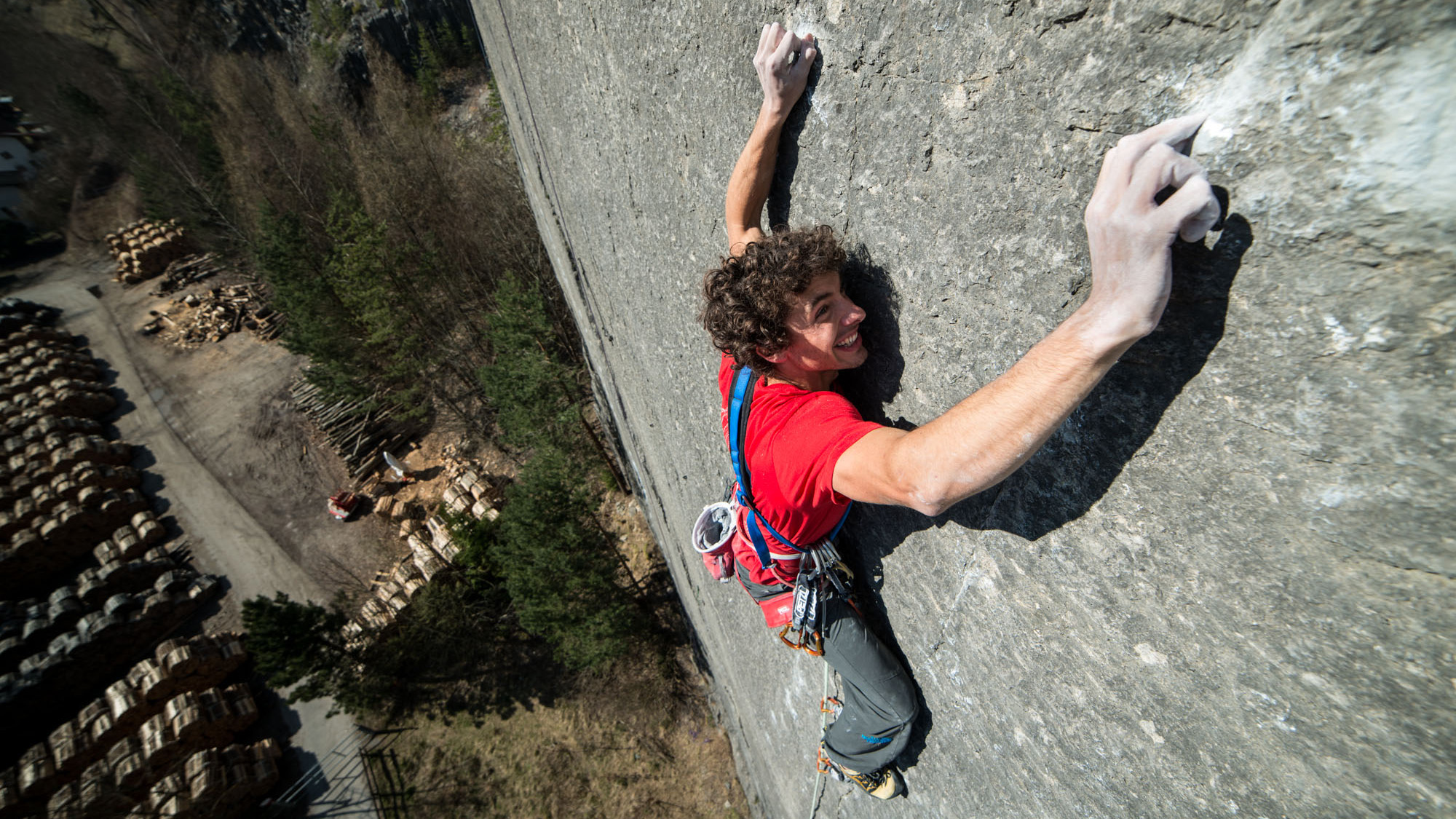 When I think back to the period in which I alternated competitions with rock, I distinctively remember a few routes which inspired me, but at the same time scared me. “Prinzip Hoffnung” was one of them. 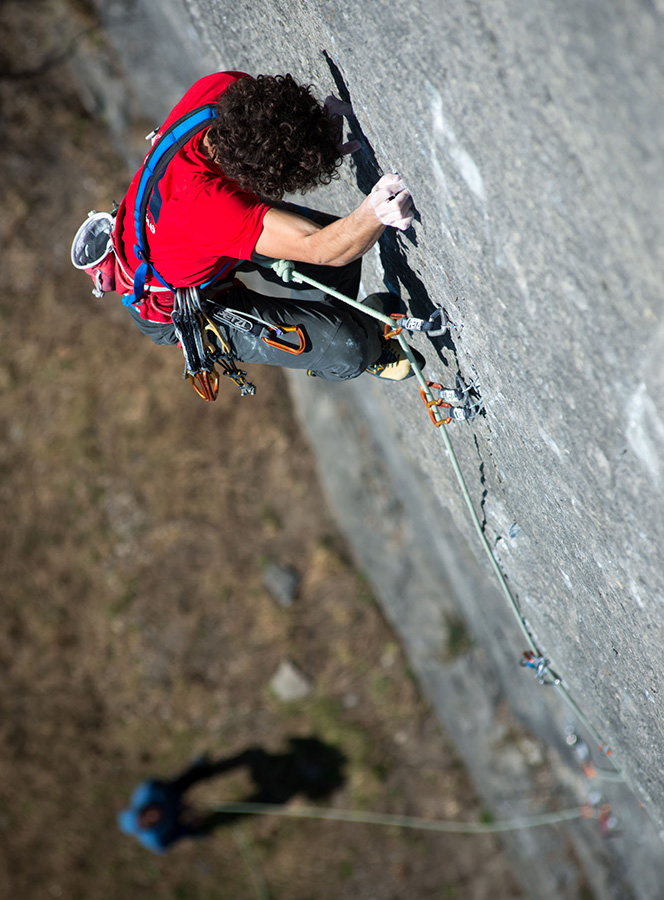 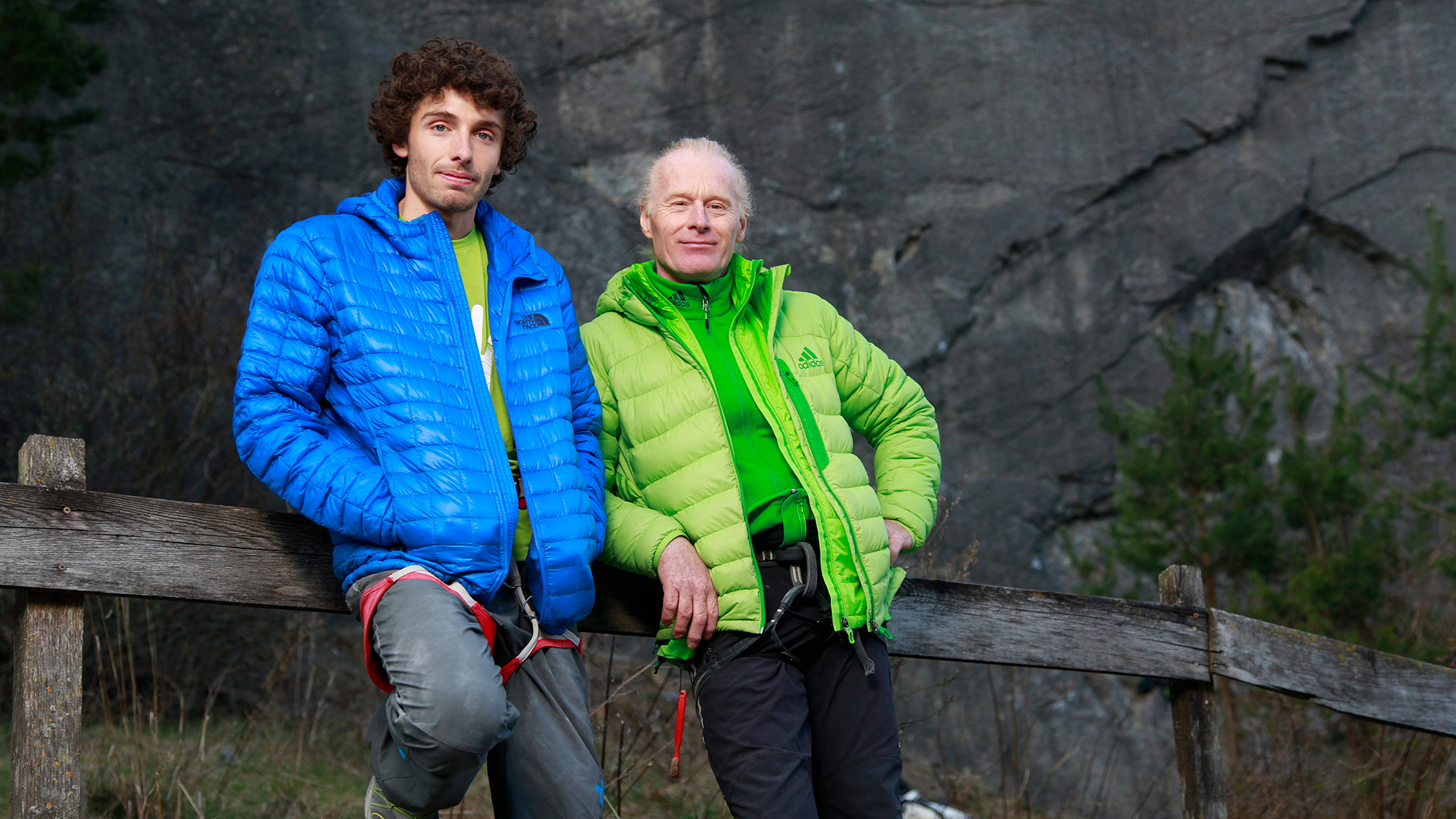 Climbing “Prinzip Hoffnung” was probably one of the best moments of my career and of my life, and it opened my eyes towards new points of view.

When I think back to the period in which I alternated competitions to rock, I distinctively remember a few routes which inspired me, but at the same time scared me. “Prinzip Hoffnung” was one of these.

I still have in mind the photos of Beat Kammerlander as he was intent in climbing that incredible line, in the heart of the village of Bürs; as he climbed he spread his feet on invisible foot holds, protected only by micro nuts: at that time such a thing for me was unimaginable.

During those years my approach towards climbing had changed a lot. I had undertaken new experiences, but I felt the need for something more intense and difficult; this was a natural evolution, in life as in climbing. The successive summer I climbed often at Bürs, and passing below the captivating line of “Prinzip” I realised then that I had to try that line to understand how much I had improved as a climber, and if I was able to venture towards something of the kind. It would have been a challenge, just like all the others… simply more dangerous.

An October evening, before setting off for a two month trip to the States, I abseiled down the route to inspect it, without climbing shoes, observing close by the protection and holds: it was love at first sight.

The route follows a narrow crack, which disappears after twenty five metres reappearing six metres further up; that section of slab corresponds to the crux. On my return from the States I started trying it, abseiling once again from the top to clean it, discovering tiny holds, and I tried to understand fully how to protect myself. The section in the crack did not scare me too much, but the crux section with the six metre slab, represented an unknown variable: holds and foot holds were microscopic, almost non existent and the climbing was very complicated, so much so that it took me hours to find a solution to overcome that section.

During December the sun hits the rock face for only one hour, therefore I came back many times on my own to climb it self belaying. At the beginning I would have never thought of an attempt from the ground up, but I continued pushed by the motivation that had increased with the arrival of Babsi (Barbara Zangerl ed): sharing a project makes it more stimulating and it is the best part of each adventure.

The cold weather had forced us to stop for a few months, so we made the most of this period to train indoors in the gym.

We returned to Bürs mid February, as motivated as ever. The sun shone longer on the face, and we had made remarkable progress. The idea of leading the ascent, even if I kept falling top rope, was no longer so impossible to imagine: I felt ready for an attempt from the ground. The first time was not a great success: I fell under the crux, but the failure was useful, helping me to gain more trust in the protections. I still remember the first time I fell on that micro nut: I was sure it wasn’t going to hold and that I would end on the successive piece of pro; instead, surprisingly it held.


When after a few days, we went back, the sun was about to set, but conditions were good and so I decided to climb up there nonetheless. I set off without any expectations, but climbing with precision and decision: in spite of not seeing the holds very well, I found myself dumb founded at the end of the key section. The last part was not very difficult, but I could not see any further; so I forced myself not to rest too much and I continued towards the chain. The combination between darkness and deep concentration made this moment even more magical: I clipped into the chain and I stopped to gaze at the lights of the village, realizing that another one of my great dreams had become reality. The ascent of “Prinzip Hoffnung” was probably one of the most beautiful moments of my career and of my life, and it opened my eyes towards new outlooks. 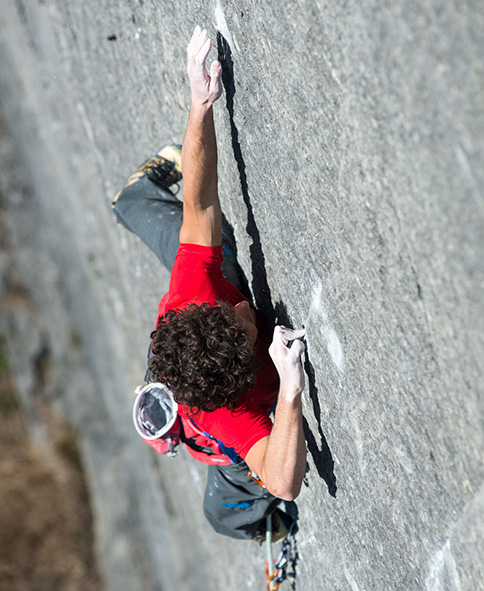 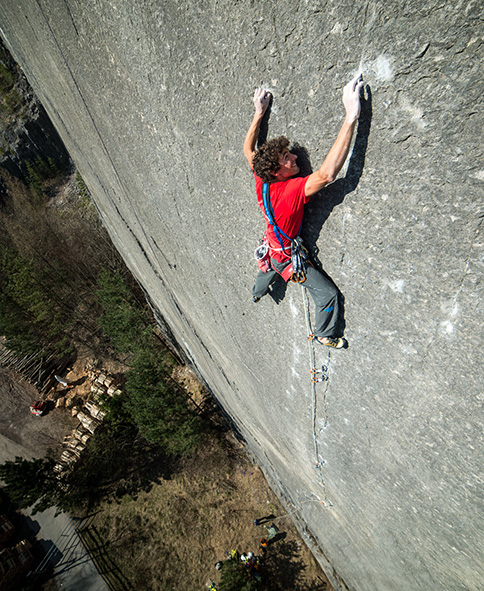 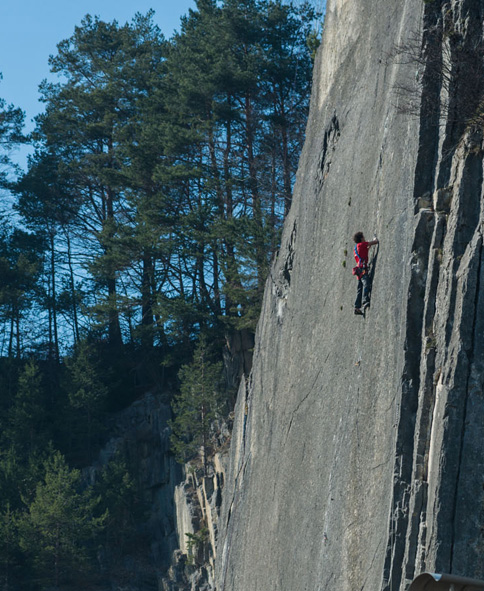 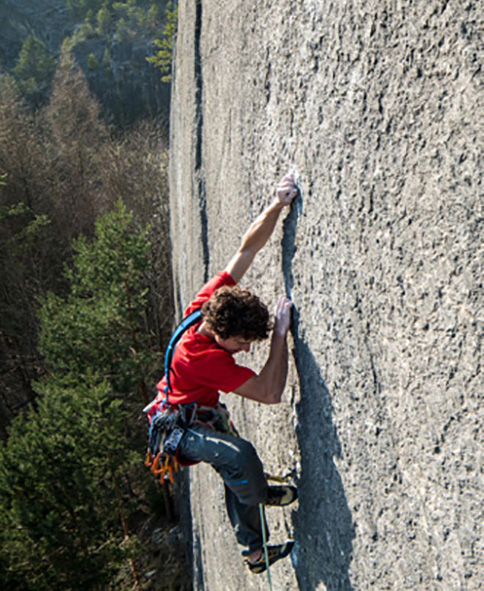 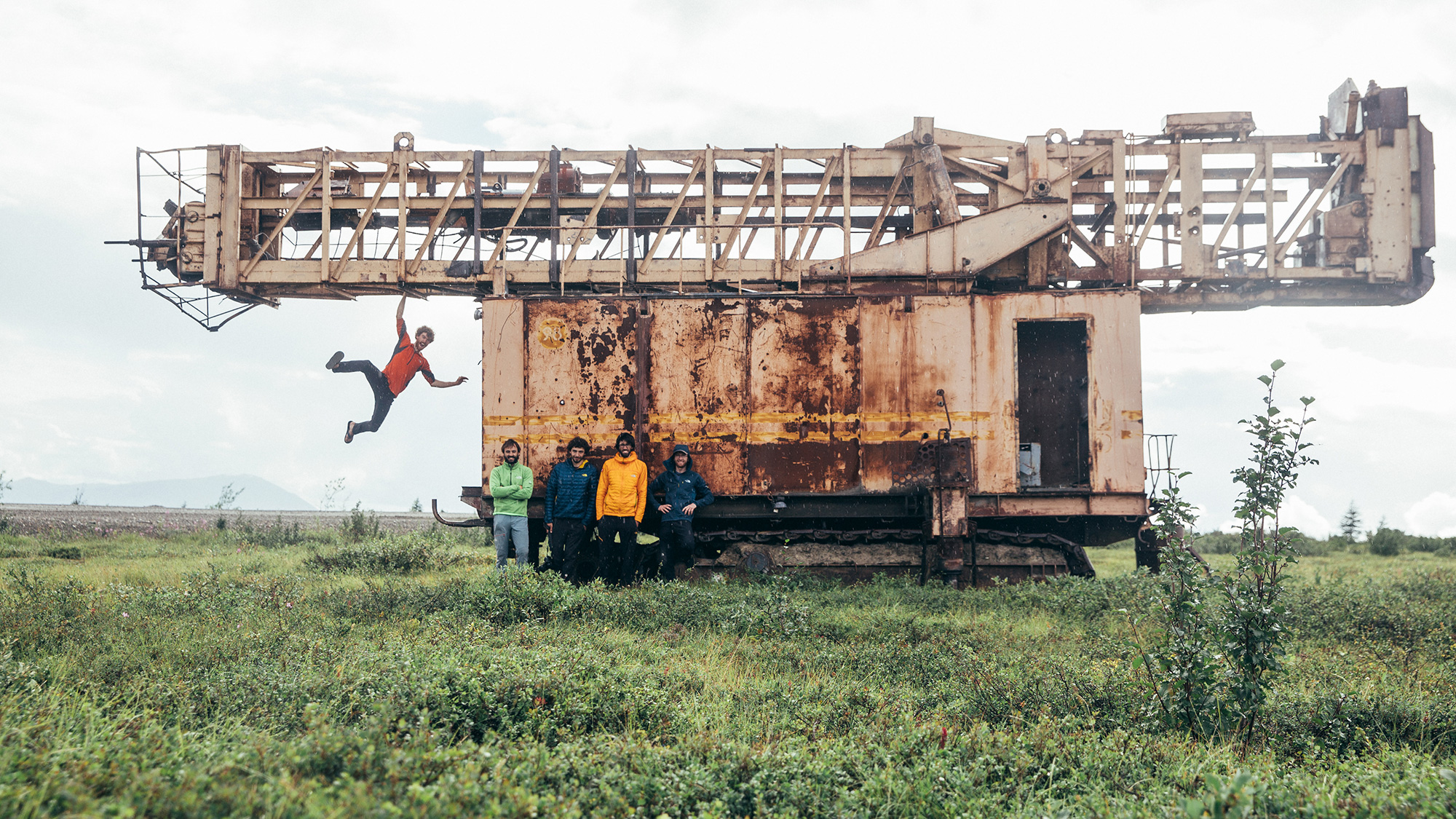 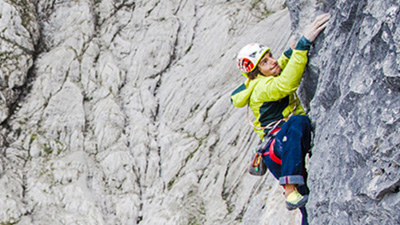