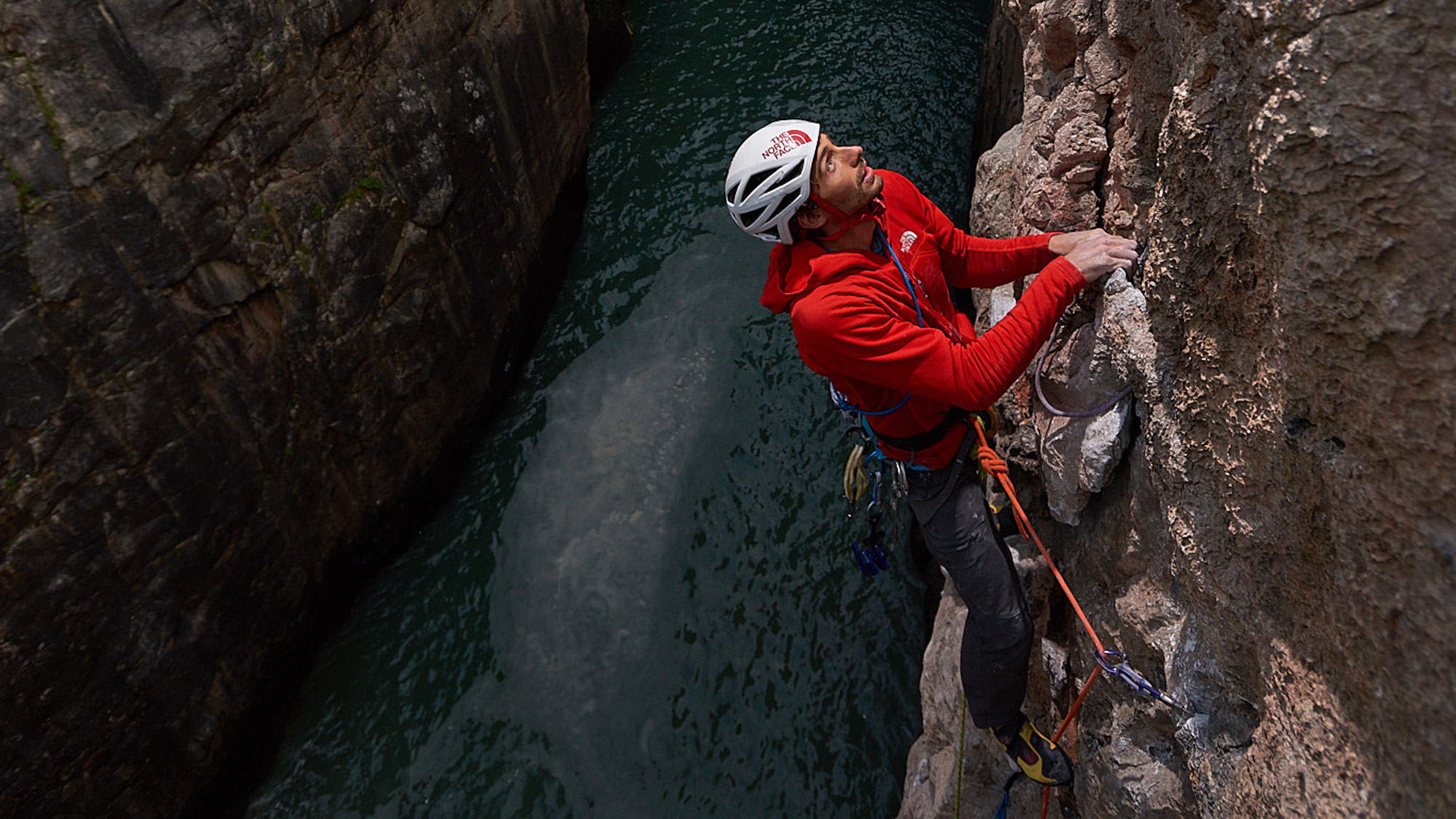 The landscape is surreal: perfect walls of limestone looming over the ocean, creating narrow canyons between meadows which looked like gardens. 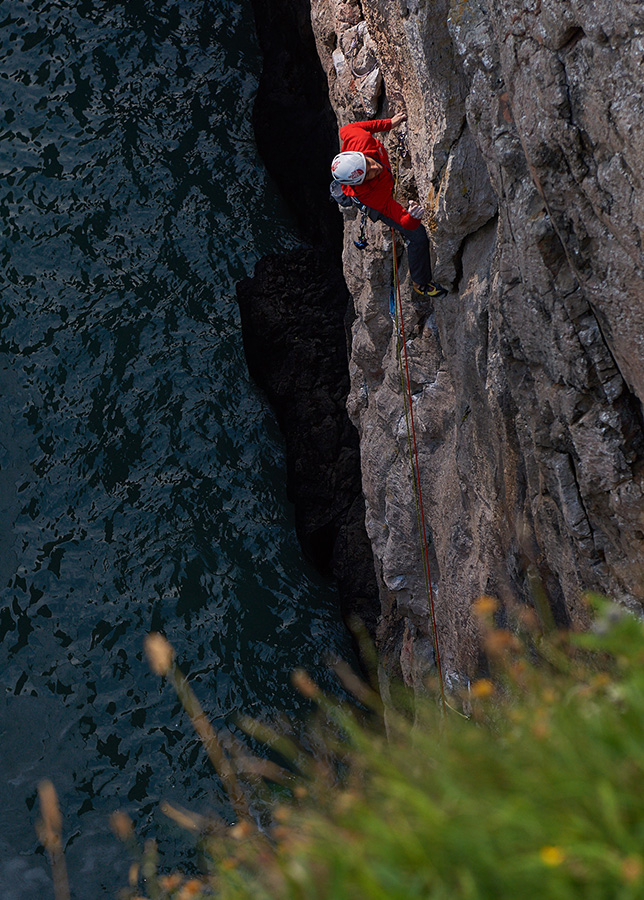 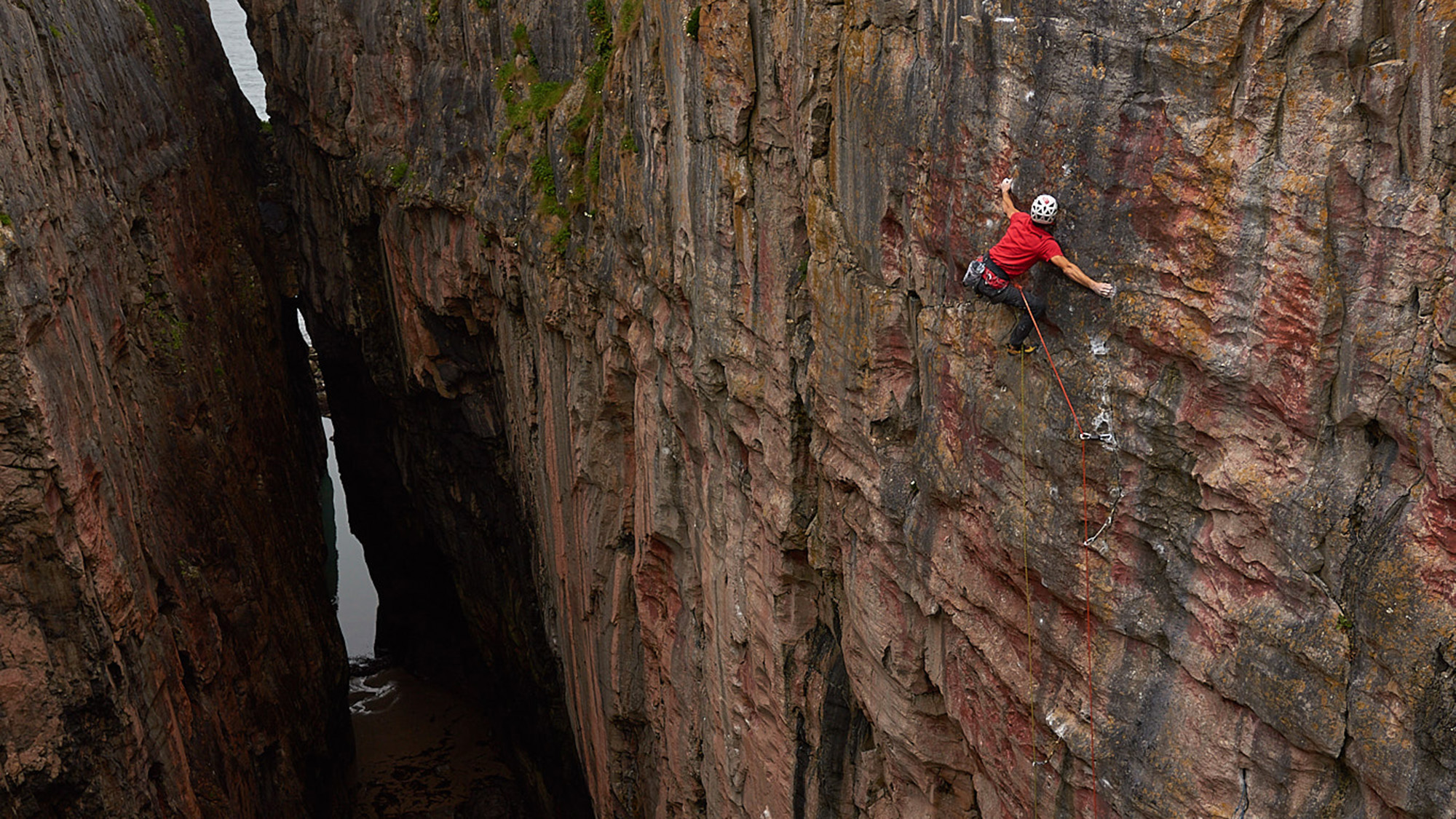 British ethics are strict: no bolts on the routes and no equipped anchors; in their place there were only iron rings stuck in the ground which did not inspire a great deal of confidence.

Sometimes trips which are organized last minute turn out to be the best. A few weeks before setting off I had thought of going on a quick trip to the UK, the birth place of trad climbing: I wanted to personally experience the very strict local ethics which everyone talked about.
The Peak District is the most well known area, but due to that season’s hot weather we chose not to climb there. So while we looked for an alternative destination, we ran up against a few photos of some beautiful crags dropping into the ocean, which according to descriptions, represented a well known destination for trad climbing in the South of Wales. Finding travelling partners was dead easy: Lara Neumeier and Roland Hemetzberger came with us straight away. A few weeks later we were in Pembroke.

After finding a guide book, we went towards the better known crags, Hunstman’s Leap and Stennis Ford, where we were welcomed by a typical British climate, and that is rain and wind. The landscape was surreal, with perfect limestone walls which stood out from the ocean creating narrow canyons between meadows which looked like gardens.

British ethics are strict: no bolts on the routes and anchors. There were no trees, so to abseil down into the canyon you had to trust these iron rings stuck into the ground by the locals, which often wobbled, not really instilling a lot of trust in them. But the route’s danger was not the only problem: the majority of the crags were situated in military zones, which due to military drills, were almost always inaccessible until night time.

In addition, we hadn’t thought about the tides, which periodically submerged the first five metres of the routes. Finally, to further complicate the situation, the weather: it rained almost every single day. It was not at all easy to organize each day for all these reasons. We were often forced to top rope, due to the rain or due to the base of the rock face being completely submerged by sea water. Our motivation, however, took over all these circumstances, and we climbed in spite of the conditions.

During our stay we repeated many of the area’s “classical” routes (very difficult), the majority after climbing them top rope.
I believe that the trip’s highlights were “Chupacabra”, “The Big Issue” and “Muy Caliente”: all wonderful routes, characterised by long run outs. The last one especially gave me great satisfaction in that I climbed it on my first attempt after a quick reconnaissance on top rope; I had carefully thought about it for days on end, if to give it a go from the ground up, flash, but in the end I didn’t feel up to it. The strikingly beautiful Pembroke has nothing to envy other more well known European crags…the only difference is that there are no bolts: the perfect place!

Articolo on planetmountain.com Article on ukclimbing.com 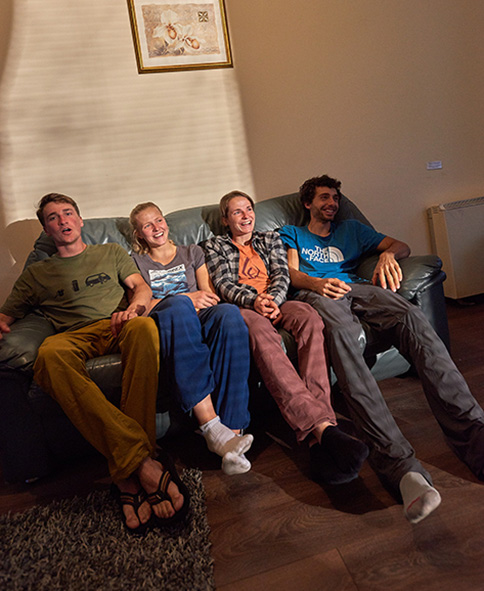 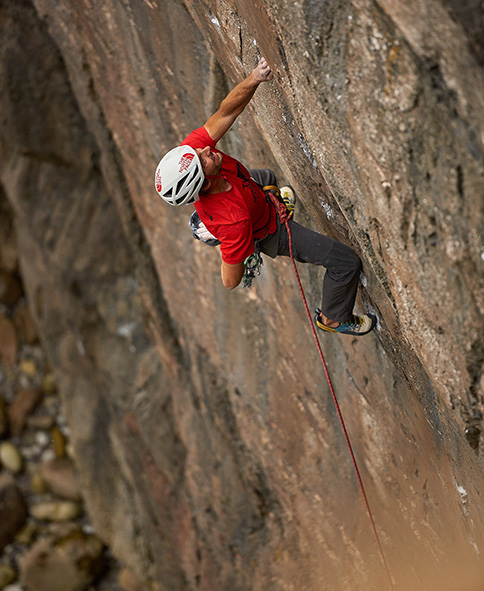 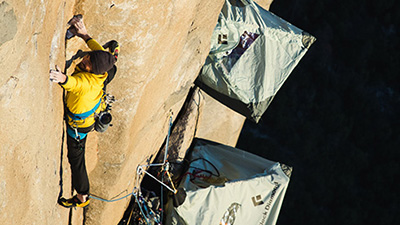 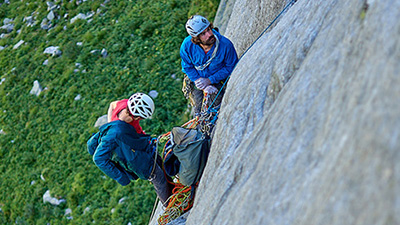