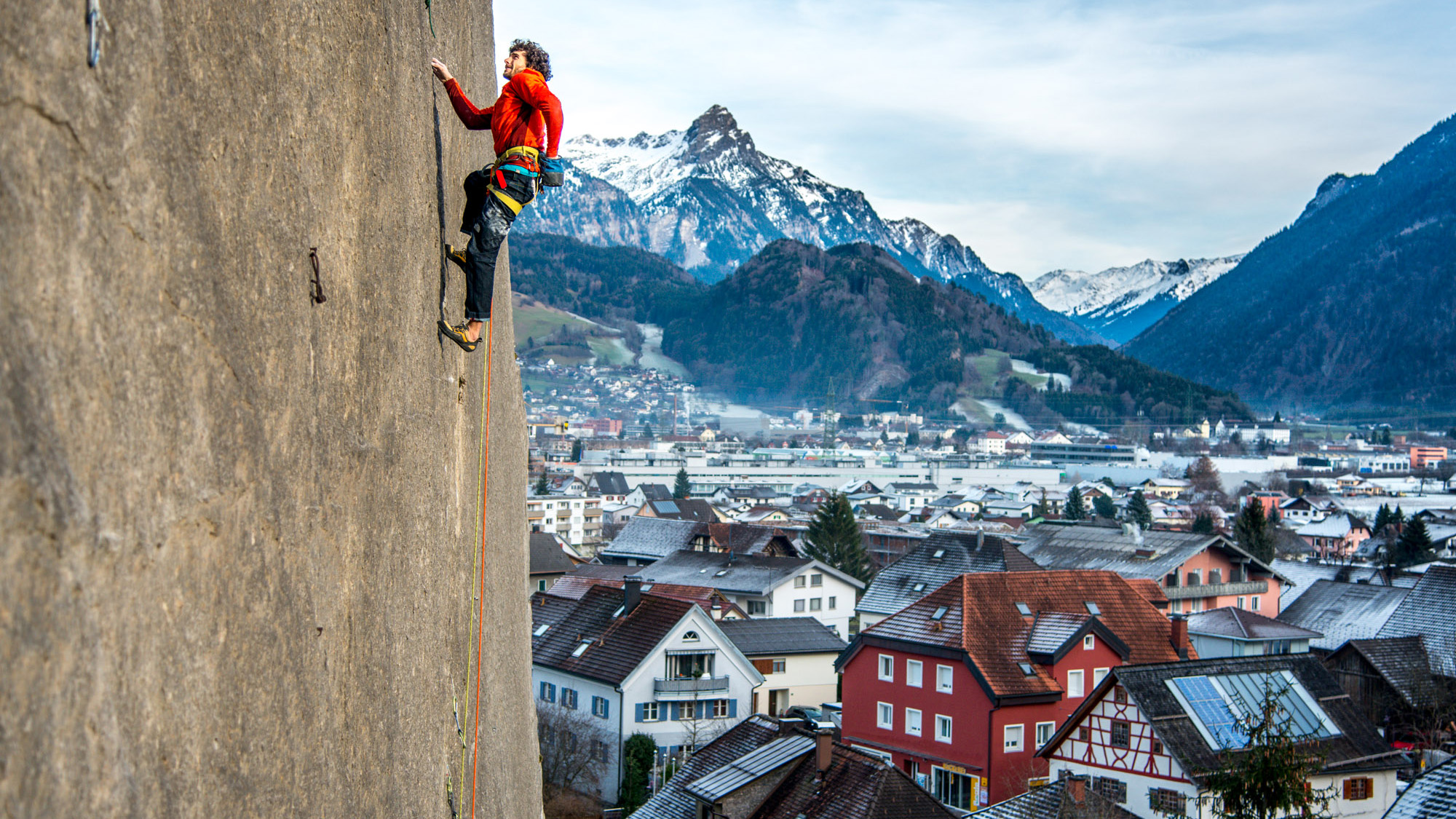 "Psychogramm" is a bouldery route, characterized by a long run out on a tiny nut. To fall at the end of this section could be extremely dangerous. 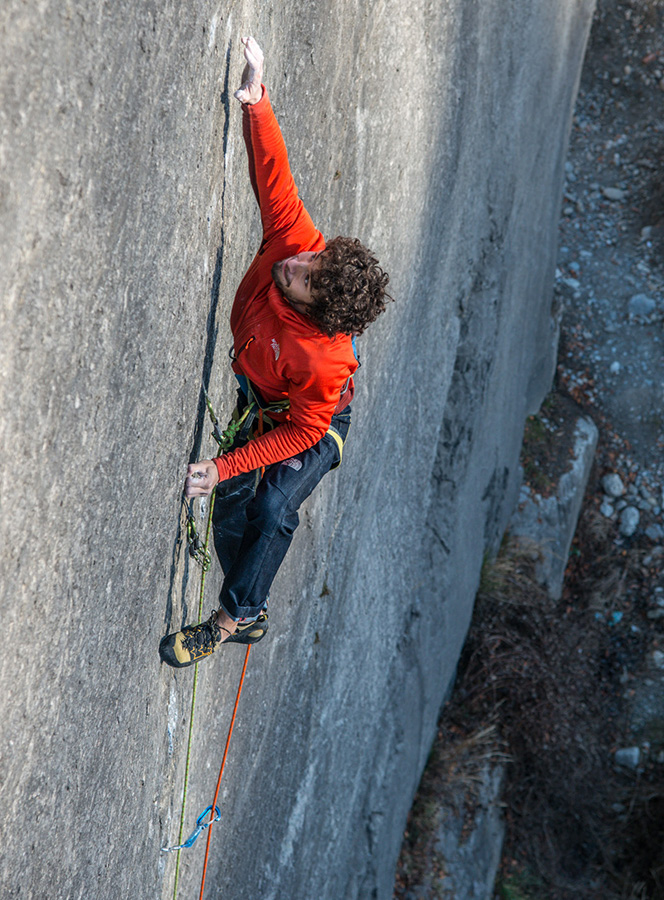 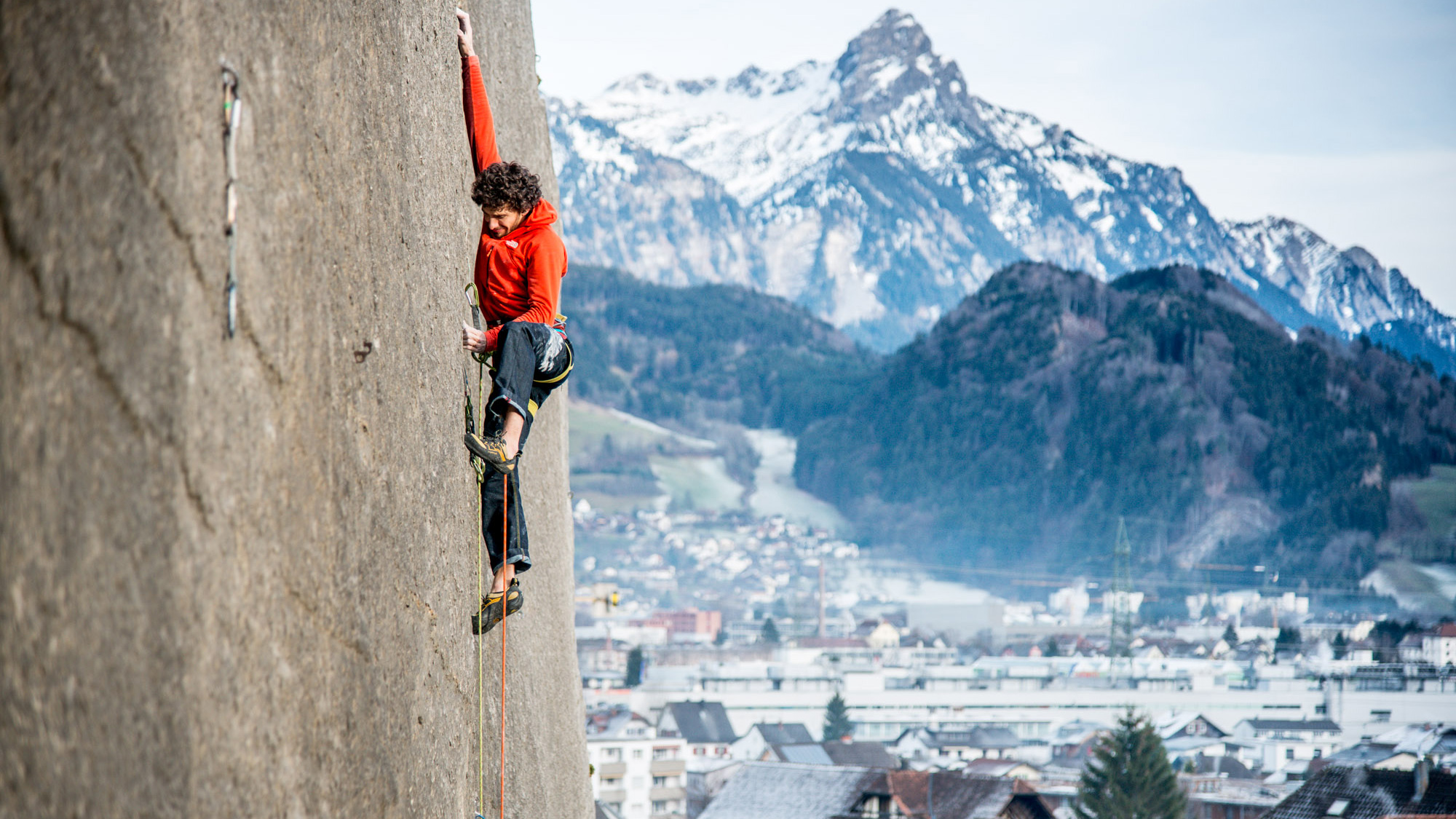 In 2014, Alex Luger managed to free this old project, grading it 8b+. In that period I was trying the nearby “Prinzip Hoffnung” and I had belayed him during some of his attempts; the route had struck me, but at the time it seemed far too dangerous to give it a go.

he winter I was attempting “Prinzip Hoffnung” there was great hustle and bustle at Bürser Platte. Beat Kammerlander was trying a new route on the left side of the face, while Alex Luger had started on an old project in the central section. The line followed a narrow crack, then continued, for roughly five metres, up a very smooth slab, until a good hold was reached. The first part did not seem very dangerous, but the final run out, the crux section, was scary. The last piece of protection was tiny, and since the route was relatively short, if it came out there was the danger of reaching the ground.

To solve this problem, Alex had devised a system in which he needed two belayers; considering that it was not easy to find them, I had offered to help.

That is how I started being interested in this route, but considering it at the time too risky to climb, I had decided to postpone the first attempts to when I felt truly ready.

That year was spent acquiring familiarity with trad climbing, increasing my confidence with the gear and gradually feeling safer while climbing.

After healing from my finger injury, the next winter I went back to Bürser Platte to check out “Psychogramm”, managing to easily find a solution which was ideal for my height and climbing the route a couple times top rope and once from the ground up, falling twice at the crux. Unfortunately the season for that face was coming to an end, and I had to postpone the project to the successive year. In spite of the failure, I was satisfied with the progress made during those months, because while I climbed I felt relaxed and safe.

The next winter, back from Yosemite, I started putting my energy into trad climbing. I felt fit in spite of the long periods spent on the wall, and I had chosen to make the most of that situation by trying a few more difficult routes. After managing to climb “Lapoterapia” trad, and thanks to the stable weather conditions, I went back to Bürser Platte to finish what I had started with “Psychogramm”. I felt physically fit and mentally strong, and after having top roped I was ready for an attempt from the ground up without using Alex’s belaying technique, I was belayed exclusively by Babsi (Barbara Zangerl ed). On the first day I fell a couple times on the crux, fortunately the micro nut did not come out; the next day instead everything went smoothly and I climbed the route. I was worried about my reaction on the long final run out, but I climbed concentrating and I was relaxed: it is always a pleasant feeling to master one’s fear.

As well as proving my progress through the past years, “Pyschogramm” made me aware of how much this discipline was important for me. 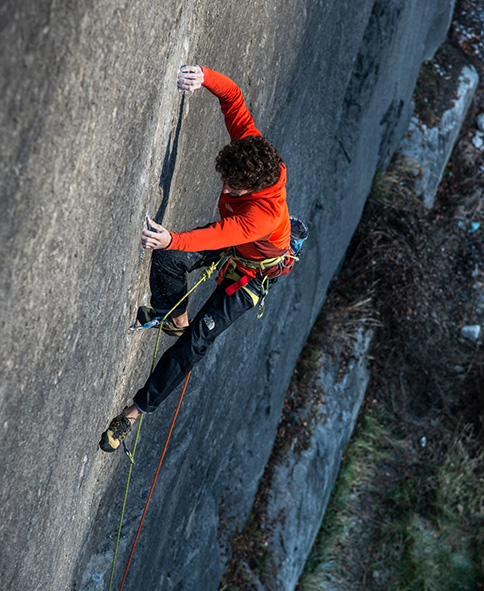 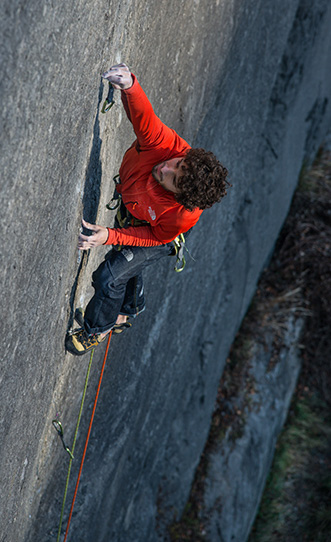 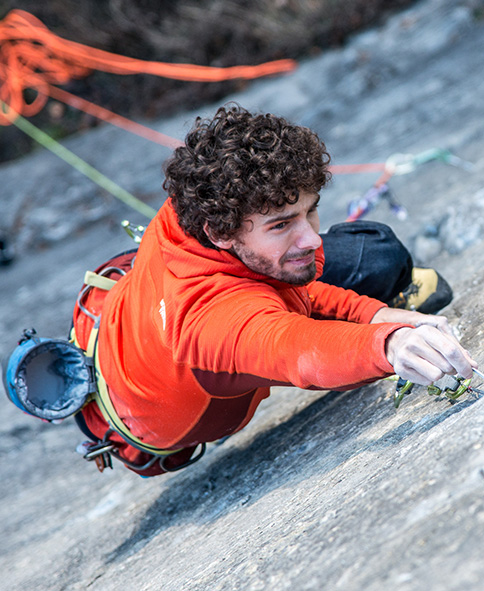 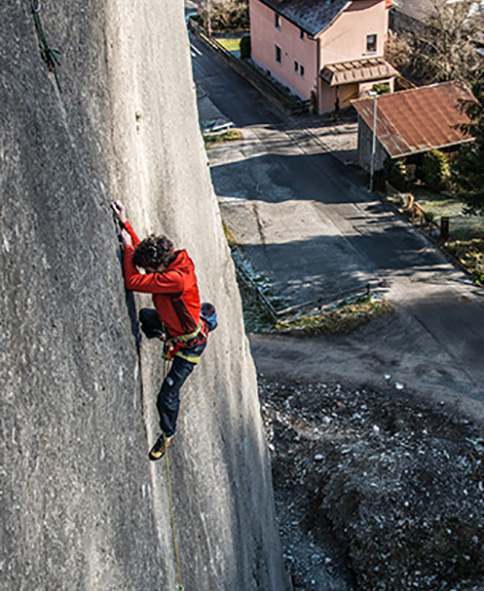 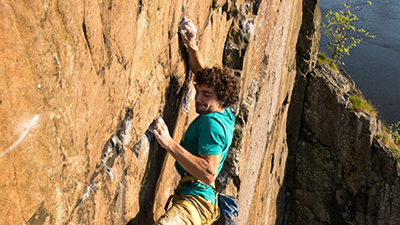 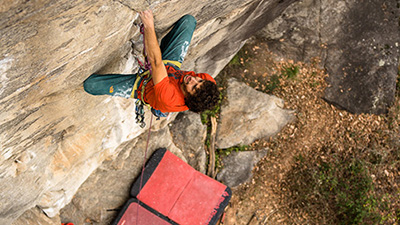