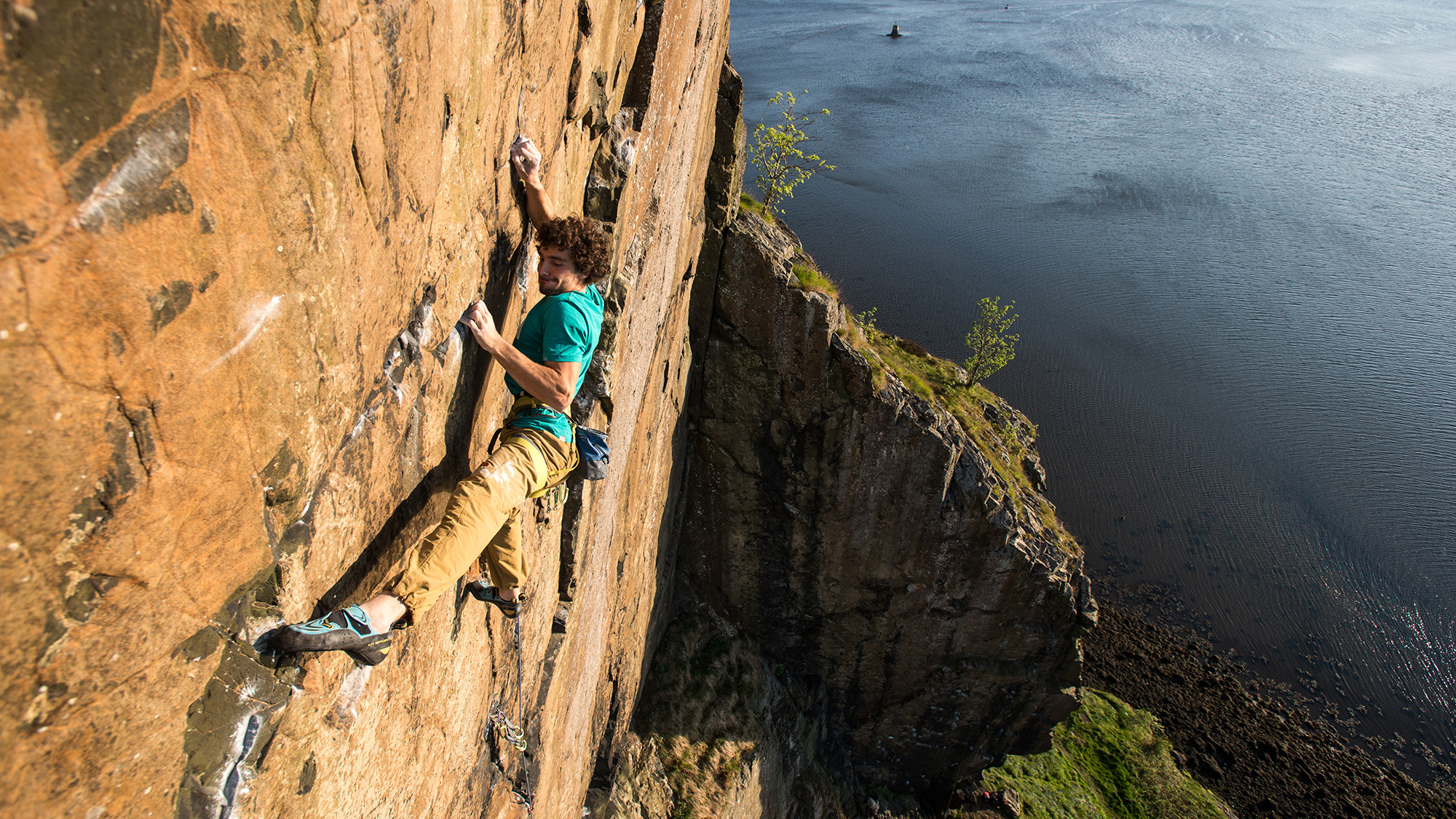 As a child I couldn’t understand how one could invest so much time and energy into climbing a route, furthermore risking very serious injuries. 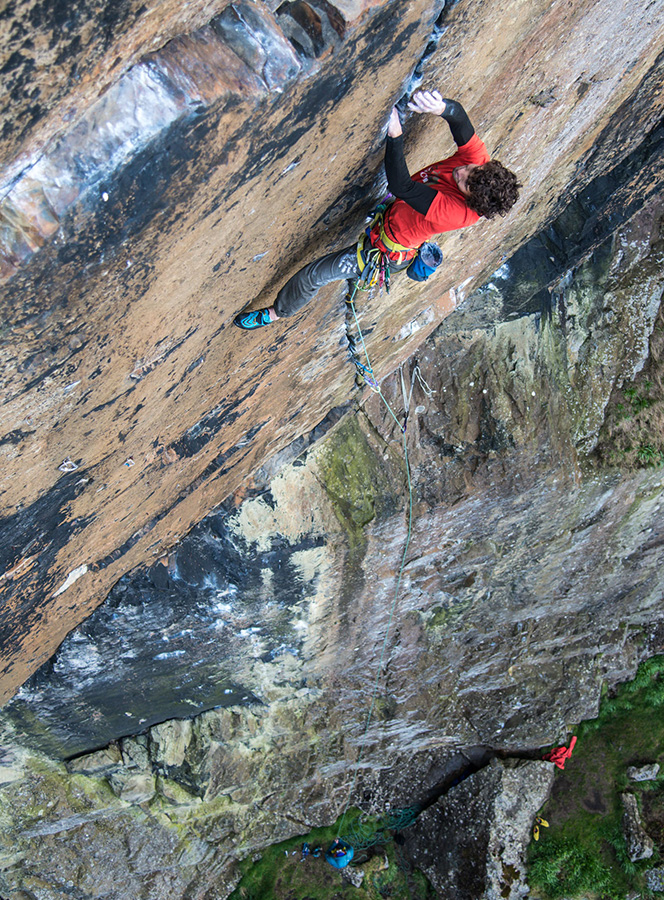 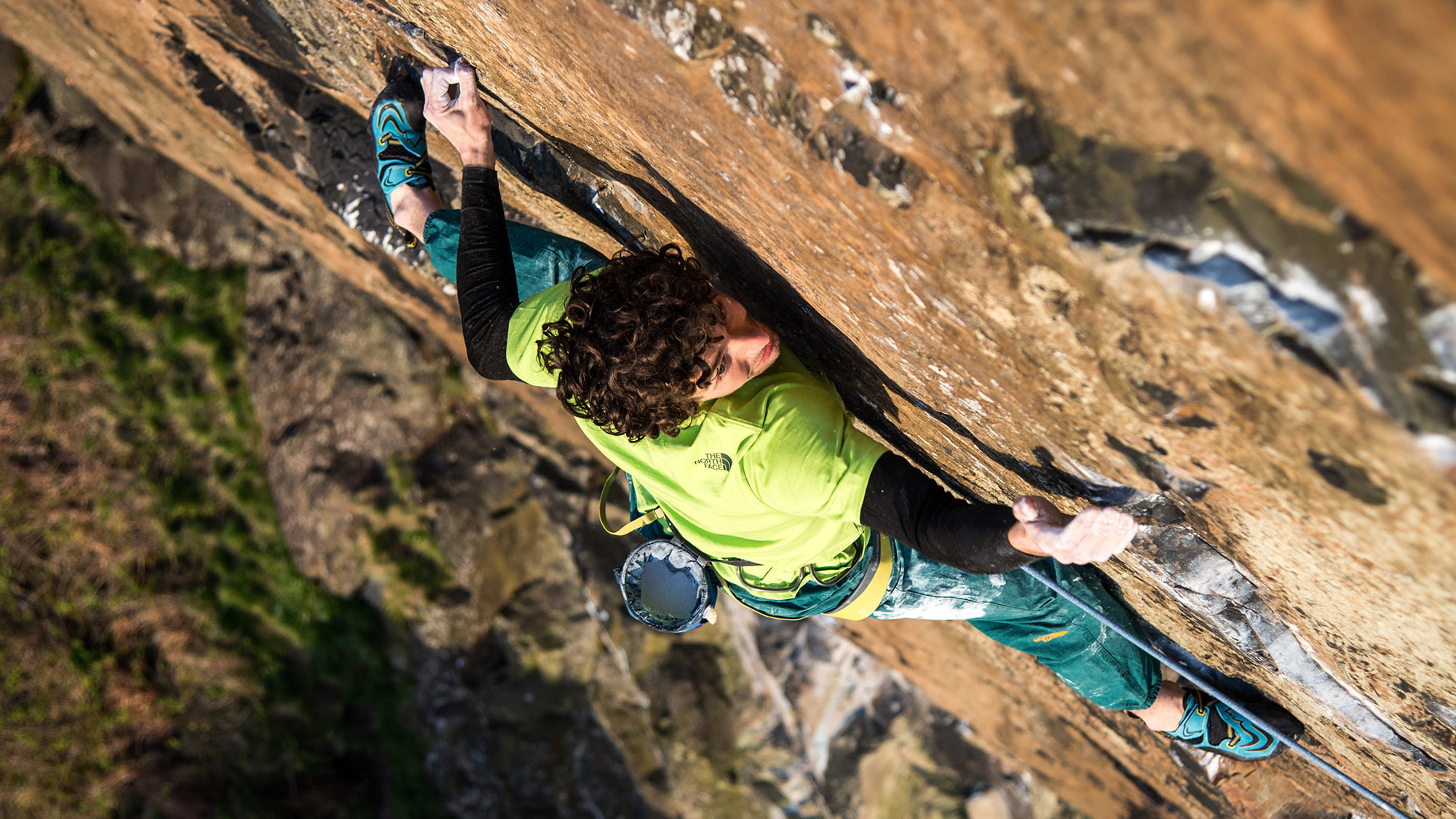 “Rhapsody” is a famous trad route at Dumbarton Rock, in Scotland. Graded E11 – the maximum difficulty on the British trad grading system- it marked, in those days, a new era of difficulties for this type of climbing. Still to this day it is considered one of the most difficult trad routes, and in ten years it has only seen four repetitions.

During the past years I had dedicated a lot of my time to trad climbing. After repeating a number of routes here and there around the world, though, I started feeling the need to find and free something new. I wanted to push myself with trad climbing and reach the maximum grade I had reached sports climbing; I wanted to free my “test piece”, but to do so I needed to test myself on reference routes, so as to make another little dream come true.

“Rhapsody”, a famous trad route on Dumbarton Rock, in Scotland, was perfect for my objective. With its grade of E11- the maximum difficulty on the British trad grading system- it had in those days marked a new difficulty for this type of climbing. Still to this day it is considered one of the most difficult trad routes ever, and in ten years it has only counted four repetitions.

The route was freed by Dave MacLeod in 2006, and shares the first part with the historic “Requiem”, and then continues up the crag’s central section. The first twenty metres, up to the rest, are relatively safe, but it continues along a very compact and overhanging wall, the crux section, where it is impossible to place pro, and finishes off with a dyno on the edge of the crag…all this ten metres above the micro-protection.

I spent two weeks in Scotland with the aim of attempting the route. The weather conditions weren’t the best, but my motivation helped me stay concentrated on the project. It often rained, or was so cold that we were forced, between one attempt and another, to go and warm up in a bar. The route proved to be a lot harder than what I had expected: after having tried it top rope, I started with my first attempts leading, falling almost always level with the especially complex move, roughly five metres above the last micro-protection. Finally, thanks also to the weather conditions which were more forgiving. I managed to overcome it, reaching the dyno at the edge of the crag. Normally I never shout for joy when I achieve a project, but “Rhapsody” was without a doubt an exception.

Article on planetmountain.com Article on ukclimbing.com 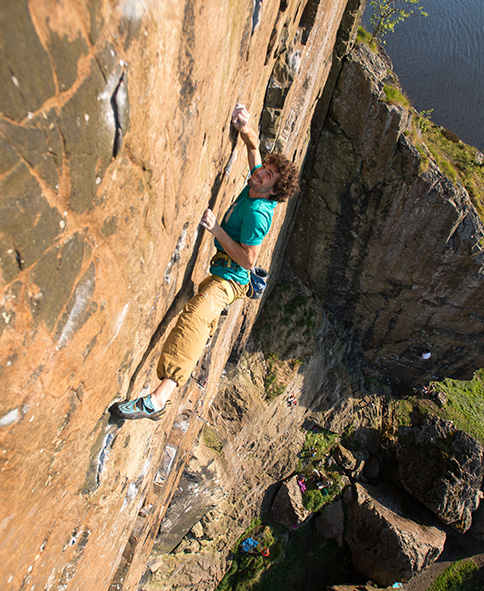 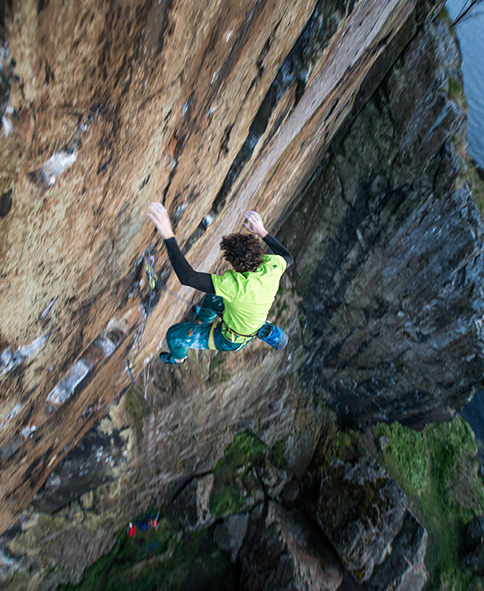 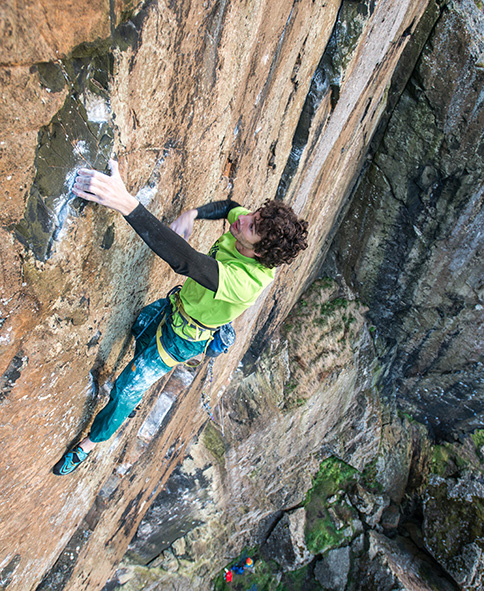 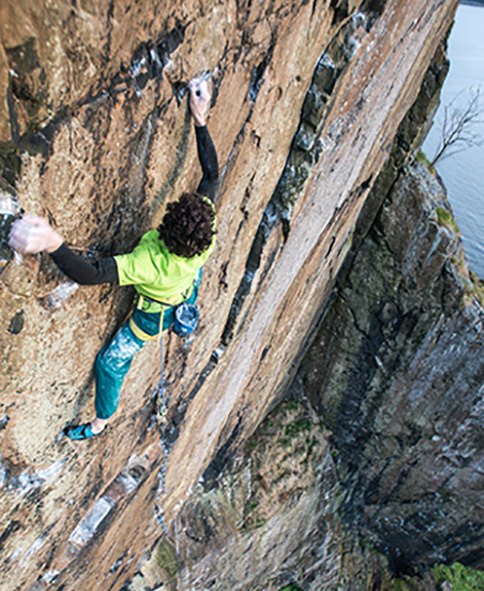 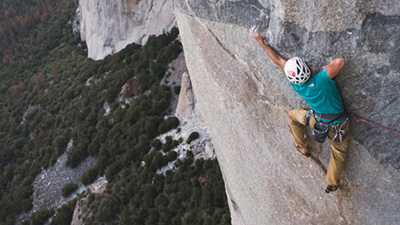 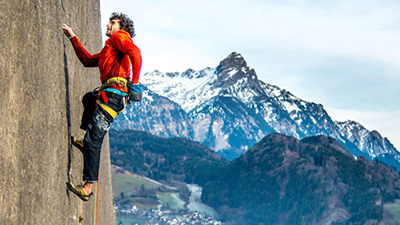